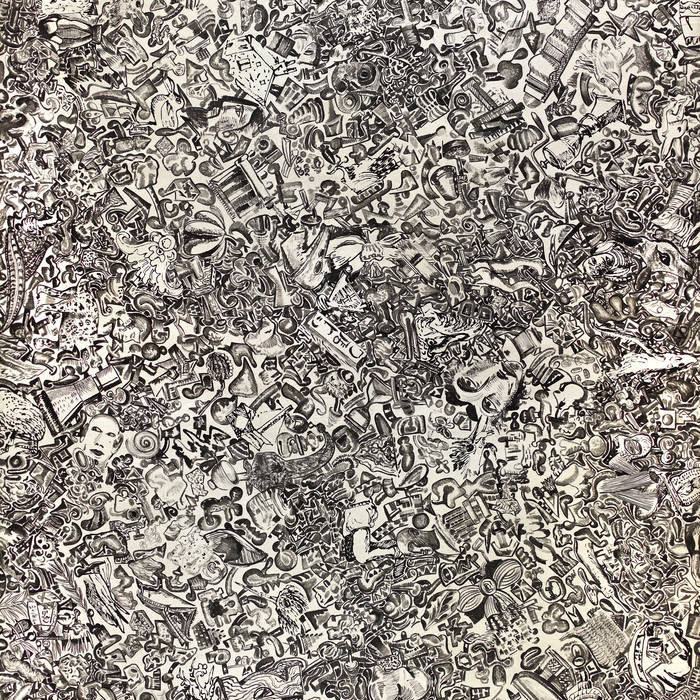 While there were four years between STRFKR’s 2016 album Being No One, Going Nowhere and their recently released Future Past Life, the mere months that followed resulted in the inspired and quickly-architected Ambient 1. STRFKR’s sound has morphed over the years through variations of hyper catchy, danceable pop, but this is something very different. For a little shy of an hour, Ambient 1 drifts through softly glowing electronic instrumentals that extract the synth core from the group’s well established synth pop sound. It’s patient, playful, and calming music that travels through passageways of chaos and anxiety on a journey towards healing..

The inspirations for Ambient 1 were as amorphous as the album itself. Upon completing work on the lo-fi dreaminess of Future Past Life, STRFKR’s principal songwriter Josh Hodges found himself returning repeatedly to albums by his favorite ambient artists and minimal composers. This happened in correlation with stumbling into a wealth of new age cassettes at an estate sale and a time in Joshua Tree spent excitedly experimenting with a friend’s vintage Prophet 5 synthesizer. This growing obsession with synthesis and the culture around it also concurred with the daily darkness of the pandemic and some personal disruptions. Without spending too much time thinking about what it meant, Hodges began recording ambient experiments almost daily as a way of processing these difficult emotions. The music flowed intuitively, and arrived almost fully formed. Songs took various forms despite their spacious arrangements. Echoes of masters like Harold Budd and Brian Eno can be heard in the angelic floating of “Work Smoothly Lifetime Peace” while tracks like “Nexus” are stormy and frenetic. Slow motion glacial drones melt into trance-inducing rhythmic patterns on “Concentrate” and throughout the album hardware synth tones bounce across the stereo field, gelling together for a listening experience that’s meditative and enveloping.

In some ways, Ambient 1 is unlike anything STRFKR has created before, but when completely absorbed, it makes sense why it’s included under the STRFKR banner. Even at his most drony and experimental, Hodges can’t escape his distinctive melodic approach. There are no vocals, no traditional song structures, almost nothing resembling the addictive pop the band is known for, but deep listening reveals a more deconstructed manifestation of STRFKR’s meticulously crafted sound. Ambient 1 strips away the familiar and the expected, exposing Hodges’ signature sonic personality at a granular level.

Record nerds might take the title as a winking reference to Eno’s ambient series that yielded genre-defining albums like Music For Airports. More than that, it’s a suggestion that this is the first of several excursions into ambience from STRFKR. The abstract art that graces the cover is the work of Micheal Folden, a prolific Portland-based artist who sadly succumbed to AIDS in the ‘90s. A friend of the Hodges family inherited and cares for Folden’s massive collection, and many of his pieces were displayed in the house where Miracle Mile was recorded. Another of Folden’s hundreds of beautifully obtuse pieces will serve as the cover art for each new installation of STRFKR’s ongoing series of ambient explorations.

As the band continues already more than a decade into their winding development,

Ambient 1 represents an extension of what STRFKR is capable of. Hodges' slow-blooming soundscapes and transcendent webs of synth and percussion might be some of the most unassuming, circuitous music he’s ever made, but it's also some of his most vulnerable work. The songs guide the listener through complex emotional territory, ultimately reaching a place of peace and beauty. Like some of the best ambient music, the feelings conveyed are all the more intense when they’re communicated without words.

Bandcamp Daily  your guide to the world of Bandcamp

Featured sounds from Fly Lo and Ahmed Idris, plus Mother Nature hops on to drop off new project